Posted By: TechExperton: September 19, 2022In: Tech News UpdatesNo Comments
Print Email
The next big breakthrough for electronics is likely to be quantum computers, which will increase digitized memory capacity exponentially and allow scientists to start tackling problems that our classical computers have no hope of handling right now. Companies like IBM are starting to make some headway, but there are still plenty of hurdles to jump before practical quantum computers become a reality. A team from Aalto University in Finland may have cleared one of those obstacles, developing a nano scale refrigerator to help cool components down.
In a normal computer, information is stored as a bit, which can be either a one or a zero. But in the hard-to-fathom world of quantum computers, that information – a “qubit“ – can assume the value of a one and a zero simultaneously. Storing information with chains of entangled qubits can exponentially increase the power of a computer system. 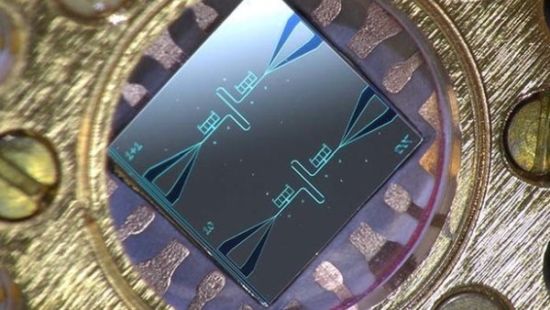 But before practical quantum computers can be developed, scientists essentially need to rebuild the whole system as we know it. Work is moving ahead on designing transistors, reprogrammable chips, data transfer methods and ways to stabilize the notoriously unstable quantum systems. The Aalto team has made a breakthrough in bringing another common computer component across to the quantum world: the cooling system.
Qubits are vulnerable to heat because it upsets the delicate state they must attain before they can be initialized to make accurate calculations. So the researchers set about finding a way to cool them down, to keep the system running smoothly.
Their approach makes use of quantum tunneling in which an electron can pass through a barrier thanks to the fact that it functions as both a particle and a wave. If there is an inducement for an electron to be on the other side of a barrier – such as more energy – it can, in a way, blink through the material to reach it. In this case, the researchers carefully gave the electrons slightly too little energy to directly tunnel through a 2-nanometer thick insulator. As a result, the electrons drew the energy they needed to complete the task from the quantum device itself. With that energy came a bit of heat, and this cooled the system down.
To test their device, the team didn’t use real qubits but a superconducting resonator, which functions in a similar way. In the future, the researchers plan to move on to actual qubits, and tweak the device so it can be switched on and off faster, and operate at a lower temperatures.
Read More: Nanoscale refrigerator helps quantum computers keep their cool
Share 0
Tweet
Share
Share
Share