Signal generators are a handy thing to have around the lab. They are perfect for testing inputs on a new hardware design and verifying the behavior of a circuit before connecting all the pieces together. In recent years these lab tools have not only decreased in size but also in cost. The result has been a plethora of portable versions that now exist on the market.
For an engineer-on-the-go, this is very convenient but often times having to bring one more piece of equipment always seems to put the tool bag over the 50 pound limit. This is one reason why it is becoming popular to design lab equipment that can be plugged into a smart phone. Rather than carry around another device with a computer in it, utilizing the computing power and capabilities of the phone allows the device to be smaller, cheaper and weigh less!
So how can someone turn their smart phone into a signal generator? The simplest way is to exploit the headphone jack that is already present on the phone! There is no need to get fancy and try to interface to the onboard USB! Now just like any engineering project there are limitations on the requirements of what this port can do.
A standard headphone jack will typically only cover the frequency ranges that a human can hear (20 – 20,000 Hz). This seems like a limited range but for most sensors and applications this is actually a pretty wide range. A great example application is for medical sensors such as EKG, EEG and EMG. These signals don’t have components much over 100 Hz at the most! 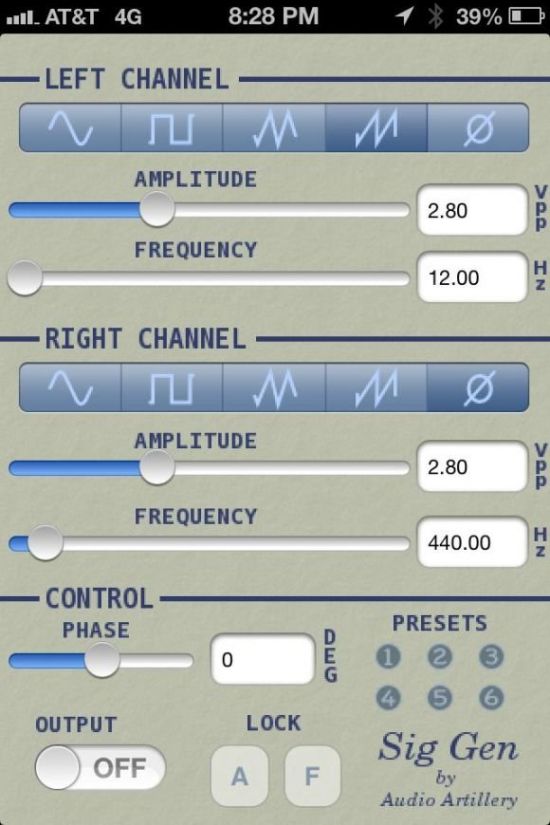 The smart phone signal generator can be built for less than $15! The hardware consists of a single stereo 3.5 mm headphone plug, some wire and then optionally three alligator clips to connect the signal generator to the test device. The headphone jack consists of a right and left channel in addition to a ground. Figure 1 shows an image of the headphone jack being soldered with three wires.

Read More: Turn a smart phone into a signal generator