I would feel so much safer on my next flight from Phoenix to Silicon Valley if I knew that there were safeguards in place inside passengers’ smartphones that could prevent fire and explosion from such design decisions like a company packing 10 pounds of Lithium-ion battery into a 5 pound compartment or a smartphone owner buying a lower cost, after-market battery replacing the original battery in their phone from some country and supplier of which I had never heard.
This article will serve as a technical and thought-provoking effort to stir some ideas that will render the Lithium-ion battery safe under any conditions of manufacturing defect or mechanical damage to the battery; hopefully in an expedient manner before catastrophe strikes.
The problem is not just smartphone batteries, but laptops and other battery-operated electronics with Lithium-ion batteries. However, since the Samsung case is so recent and widespread, I wanted to focus mostly upon the smartphone in this article. 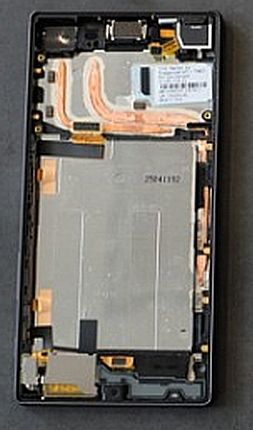 Typically, Lithium-ion batteries are safe and reliable. Just think about the $28B market they had in 2013 with a relatively small amount of fires and explosions. But every fire and explosion incident has the potential to cause a loss of life or serious personal injury (Not to mention the collateral material damage and cost). For those of us who fly often, an immediate solution would be nice. The Federal Aviation Administration’s strong warning against using the Samsung Galaxy Note 7 aboard planes is necessary but not sufficient.

Let’s look at seven possible solutions based on solid technical research, which will build upon my recent initial article touching on this subject.

1. Using liquid coolant around the battery

Earlier this year, when Samsung released its Galaxy S7, a tech blog revealed a teardown that took a good look at the liquid cooling system which was employed by Samsung designers. The system used a very small amount of water that would continuously evaporate into steam and travel away from the processor (or, even better, the battery) to keep the temperature down on the graphics processing unit (GPU) and central processing unit (CPU), which will be running at high speed as they perform such tasks as fast Internet browsing or HD video playback. The steam later condenses back into water and evenly spreads the heat around. See this PhoneArena article for more information.
Little did they know at that time that the Lithium-ion battery would be the main culprit seemingly because it was squeezed too tightly in its under-sized enclosure (the cause still to be determined in my mind). Obviously, the cooling system was not able to prevent the fire and explosion during thermal runaway of the battery. Maybe an improvement in the cooling design might help prevent future fires like this in the event of mechanical damage or battery construction defects. Everyone was looking at cooling the processors (which is necessary), but not the battery as a primary cause of heat and ultimately fire. Designers will now need to take that into account in a better cooling system design that addresses the battery as well.
Read More: Lithium-ion battery fires: 7 solutions for improved safety