After checking out Soft Kinetic’s embedded 3D depth camera earlier this week, our attention was brought to a similar offering coming from Germany’s PMD Technologies and Infineon. In fact, we were lucky enough to be the first publication to check out their Cam Board Pico S, a smaller version of their Cam Board Pico 3D depth camera that was announced in March. Both reference designs are already available in low quantities for manufacturers and middleware developers to tinker with over USB 2.0, so the two companies had some samples up and running at their demo room just outside Computex.
The meat of these modules is their 3D image sensor, which is co-developed by PMD and Infineon. The former provides its time-of-flight pixel architecture, and the latter takes charge of the CMOS chip manufacturing — including the integration of an intelligent sequence programmer, a matrix modulation driver and an A/D converter. Such level of functionality integration is apparently the highest in the 3D image sensor category, and this can save circuitry space as well as cost. 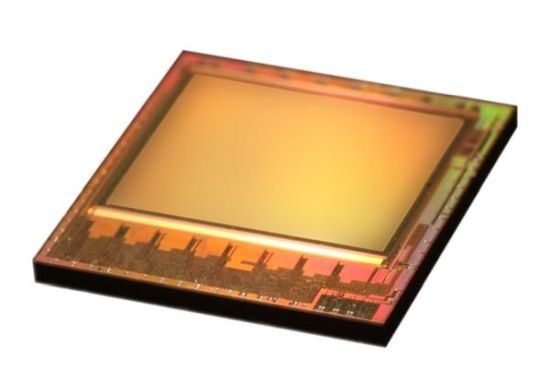 These guys have so far announced the IRS1010C sensor with a 160 x 120 resolution, as well as the more powerful IRS1020C sensor with a 352 x 288 resolution. The Cam Board Pico (85mm x 17mm x 8mm) can be shipped with either sensor, whereas the smaller Cam Board Pico S (85mm x 15mm x 6.6mm) is only compatible with the IRS1010C due to its shorter z-height. That said, we were told that even the lesser 160 x 120 resolution is already very good for precise input on HD resolution screens.
Indeed, PMD’s Director of Business Development Jochen Penne was able to prove his point in his demos, which were done on an Acer all-in-one desktop with a Cam Board Pico (equipped with an IRS1010C sensor and an infrared LED) integrated into the bottom of the screen. Penne first opened up Paint in Windows 8, and by simply pointing and “clicking” in air using his index finger, he was able to repeatedly draw a tiny dot on the same spot.