It has been about one year since the announcement of ESP32 SoC and the beginning of its beta testing for some developers.
Last Month we covered the release of ESP-WROOM-32 module datasheet,  which promised that “New SDK features, tutorials and example applications will be released over the next few months.”.
The ESP-32 datasheet was released at the end of August. So let us discover the details of ESP-32 SoC. 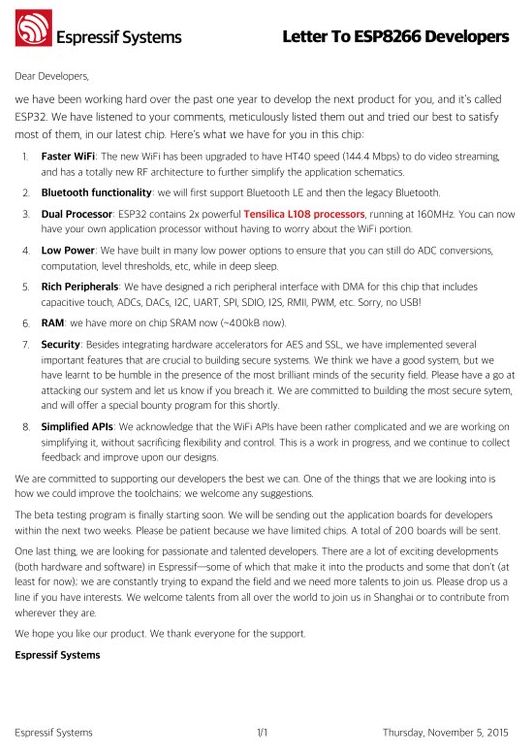