CHAMPAIGN, Ill. — Though they be but little, they are fierce. The most powerful batteries on the planet are only a few millimeters in size, yet they pack such a punch that a driver could use a cellphone powered by these batteries to jump-start a dead car battery – and then recharge the phone in the blink of an eye.

Developed by researchers at the University of Illinois at Urbana-Champaign, the new micro batteries out-power even the best super capacitors and could drive new applications in radio communications and compact electronics. 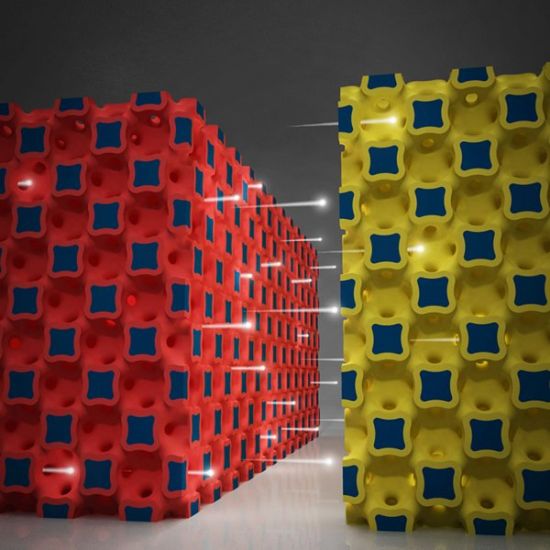 Led by William P. King, the Bliss Professor of mechanical science and engineering, the researchers published their results in the April 16 issue of Nature Communications.
“This is a whole new way to think about batteries,” King said. “A battery can deliver far more power than anybody ever thought. In recent decades, electronics have gotten small. The thinking parts of computers have gotten small. And the battery has lagged far behind. This is a micro technology that could change all of that. Now the power source is as high-performance as the rest of it.”
With currently available power sources, users have had to choose between power and energy. For applications that need a lot of power, like broadcasting a radio signal over a long distance, capacitors can release energy very quickly but can only store a small amount.