e’re living in a golden age of software, where many useful programs are available – for free!
Let’s survey some of what’s out there that just might interest an engineering crowd like the EDN  community.
I can’t offer personal opinions on most of these packages, but I expect to hear back from you after you’ve test driven a few.
Instrument control
I recently learned  about PyVISA, a Python library for talking to instrumentation. I quite like Python. It’s easy to learn, has good aesthetics (my main criterion), and has accreted a huge ecosystem of libraries to enhance its power. I’ve used one of them, NumPy, to actually write DSP code in the language, though I wouldn’t really recommend it – using Python for DSP that is, not NumPy, which is a great math and array package. And, you’ll never expect the Spanish Inquisition. 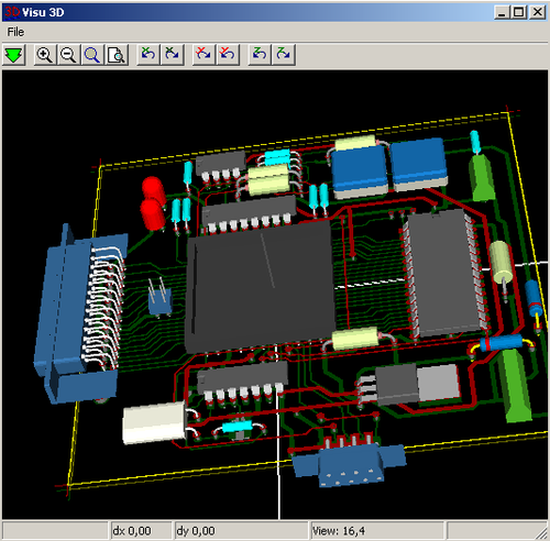 CAD
There are some very expensive and powerful CAD systems out there. If you have to ask “how much,” you can’t even begin to think about affording them. If you have some room in your budget, I can say that I’ve heard nothing but good things about Altium, which integrates many tools into one, from PCB and schematic, to HDL, to EM simulation, to I-don’t-know.
If your budget is more like mine, there are some fairly mature open-source systems on offer:

There are a number of proprietary e CAD systems promulgated by PCB fabricators, but they produce files understood only by that shop. Why bother, unless you need something really quick and dirty!
Of course, Wikipedia has a list of free EDA software.
If your bent is more mechanical: