Analysts have noted Apple’s comments on the importance of new services in its plans and an integrated fingerprint sensor capability in a mobile phone could prove the key enabler – literally opening the door to a new class of authentication-based apps and services – likely leveraging Apple’s move into automotive markets that Apple CEO Tim Cook sees as “very, very important“.
An iPhone fingerprint authentication feature could nicely complement the emergence of iOS7 in automobiles, replacing expensive “smart key” fobs with a more secure biometric-based multi-factor authentication.
More secure authentication could also complement the possible appearance of NFC functionality in the iPhone 5S (Figure 5). Although Apple has traditionally shown little enthusiasm for NFC, its use has been noted in a US patent application as the link for exchanged gifted DRM content between users using an NFC feature that “…may exist as a separate component, may be integrated into another chipset, or may be integrated into the NFC device … itself, for example, as part of a system-on-chip (SoC) circuit,” according to the patent application. 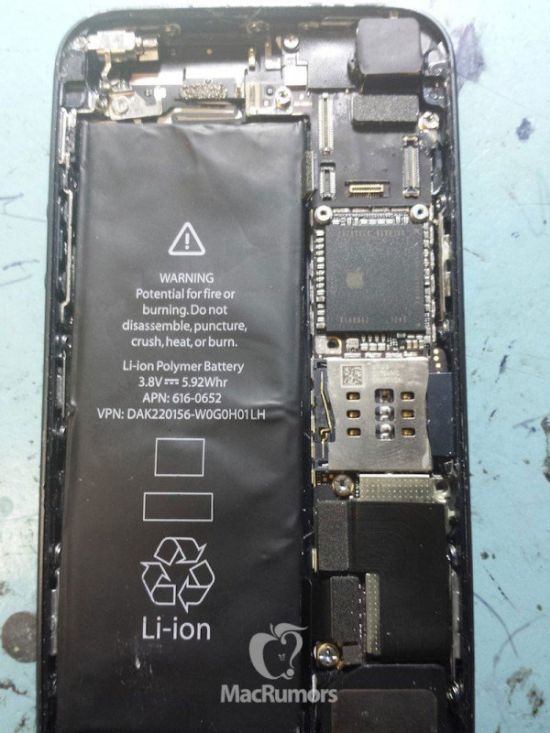 Read More: Inside the iPhone 5S and iPhone 5C