A research team led by faculty scientist Ali Javey at Berkeley Lab have debuted the smallest transistor ever reported. A gate structure of just 1 nm long can bring Moore’s law back again after the demonstration of the recent Silicon (Si) transistor with 5 nm gate. It was predicted that transistors will fail below 5 nm gate because of some short channel effects that would change the transistor characteristics, but the new finding is proving that wrong.
Because of current leakage that would happen in less than 5-nm Si transistors, the  exploration of new channel materials that have more ideal properties than Si should begin. The researchers used carbon nanotubes and molybdenum disulfide (MoS2), an engine lubricant commonly sold in auto parts shops. MoS2 is part of a family of materials with immense potential for applications in LEDs, lasers, nano scale transistors, solar cells, and more. Fortunately, MoS2 electronics properties as thin layers will limit leakage that happen in Si alternatives. 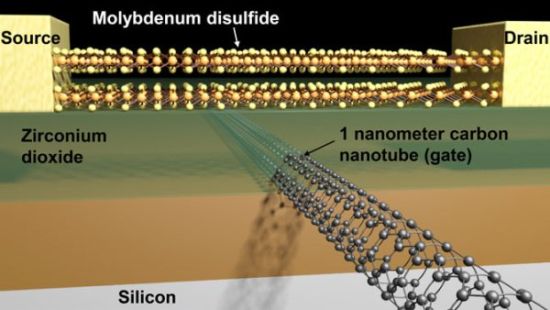 While the researchers started using MoS2 as the semiconductor material, they recognized the hardship of constructing the gate using it. Thus, they turned to carbon nanotubes, hollow cylindrical tubes with diameters as small as 1 nanometer. This structure made it easier to control the flow of electrons effectively.
This project is just a proof of concept and researchers have not yet found a way to mass-produce it or integrate it in chips. They could break the myth of the Si transistor 5-nm gate limit and they paved the way for future researchers to demonstrate a new device architecture. 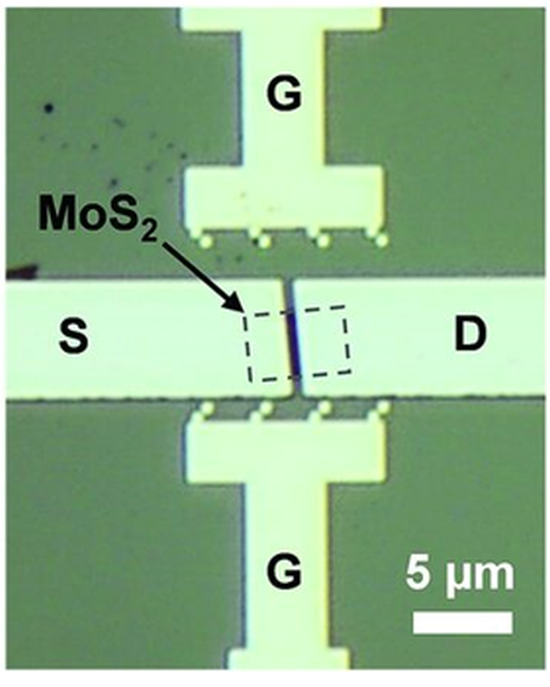 With such a small scale it will be an unexpected future of tiny devices that use lots of transistors, since all the technology we use nowadays are made of transistors with minimum 7nm geometry.
Read More: The Tiniest 1nm Gate Transistor