One of the biggest challenges faced by solid-state lighting designers is reliability. Electrical and thermal conditions are two major factors affecting device life and lighting output and, while long life is a key benefit of LEDs compared to incandescent and fluorescent light sources, all bets are off if the LEDs exceed their temperature ratings.
Thermal management continues to vex LED lighting designers, particularly for high brightness LEDs that continue to escalate in forward current while decreasing in package size. Couple this with potentially high-temperature applications such as streetlights and high-bay lighting in warehouses, and it becomes apparent that there is a major hurdle to overcome. 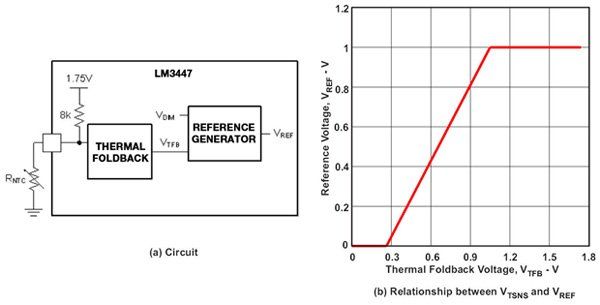 With an estimated 20 percent of global energy used for lighting, LED driver suppliers are more than aware of these challenges and are starting to integrate thermal fold back control into some of their designs to protect LEDs from failure and reduced lifetime due to high-temperature environments. Thermal fold back limits the LED temperature to protect against failure by reducing the LED current as the ambient temperature increases; this arrangement continues to decrease the current until the LED junction temperature returns to a safe operating temperature. The result is higher reliability, longer operating life, and, in some cases, increased safety.