Researchers at the University of California, Riverside have developed a silicon anode that would allow us to charge lithium-ion batteries up to 16 times faster than is currently possible. The new design relies on a three-dimensional, cone-shaped cluster of carbon nanotubes that could also result in batteries that hold about 60 percent more charge while being 40 percent lighter.
Because lithium-ion batteries are ubiquitous in today’s technology, a lot research is currently aimed at improving their performance, particularly by finding the “perfect” electrode materials. In commercial batteries, the anode is made out of graphitic carbon, which has a specific capacity of about 370 mAh/g (milliamp hours per gram). Anodes made out of carbon nanotubes could almost triple current performance, reaching up to around 1,000 mAh/g. However, researchers believe that switching away from carbon altogether would hold the greatest promise of all. 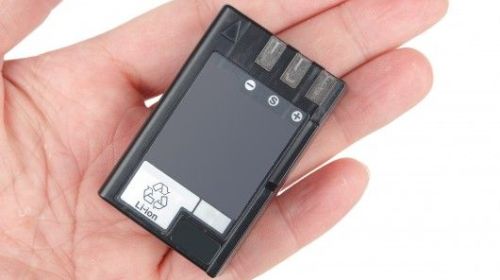 Silicon might be the ideal material for a Li-ion battery anode because it has a specific capacity of 4,200 mAh/g, which is over 10 times greater than commercial batteries. Replacing the anode in a standard Li-ion battery with a silicon one would lead to a cell with 63 percent higher capacity and 40 percent less weight. However, it’s not easy to make a silicon anode work inside a Li-ion battery. As silicon interacts with lithium inside the cell, it repeatedly expands by up to 400 percent and then contracts to its original size. This leads to cracking and, eventually, a catastrophic failure of the battery.
Now, researchers at UCR have developed a new architecture for a silicon Li-ion battery anode that solves the cracking problem. This allows for the creation of a battery that is not only lighter and packing more energy, but which can also be charged much, much faster – up to 16 times faster, according to the researchers.
To build the anode, the scientists first took a grapheme foil (which normally serves as the current collector for anodes in commercial batteries) and grew a nanostructure of pillared carbon nanotubes on top of it. They then applied a mild inductively coupled plasma, which turned the nanotubes into cone-shaped clusters. Lastly, amorphous silicon was deposited on top.