This weeks PAW is something that I have wanted to have for a long time but never gotten around making – until now that is 🙂 Every time I solder a SMD LED on a pcb I have to turn on one of my multi meters and flip it over to diode-test mode and then probe the SMD LED to see which connector is the anode and which is the cathode.
The LED ger is a small PCB with a button cell battery and smd footprints that allows me to, while still holding the LED in my tweezers. just hold it onto one of the footprints and see if it lights up or not. 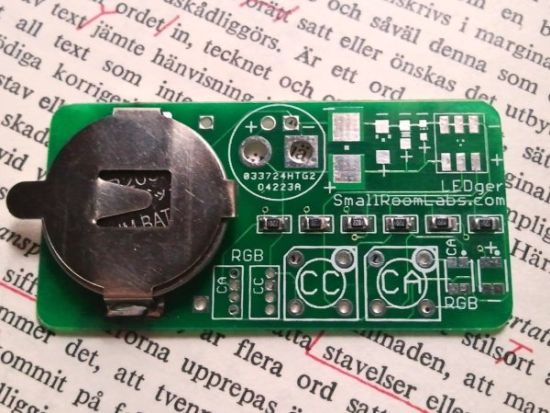 While I was at it I added some other footprints both for SMD and thru-hole LEDs to make the board a bit more universal. The PLCC6 footprint might save me some trouble testing a roll of RGB leds that I bought from eBay where about 30% was BBB instead of RGB
Read More: LEDger Led (polarity) tester