An Arduino is an open-source microcontroller development board. In plain English, you can use the Arduino to read sensors and control things like motors and lights. This allows you to upload programs to this board which can then interact with things in the real world. With this, you can make devices which respond and react to the world at large.
For instance, you can read a humidity sensor connected to a potted plant and turn on an automatic watering system if it gets too dry. Or, you can make a stand-alone chat server which is plugged into your internet router. Or, you can have it tweet every time your cat passes through a pet door. Or, you can have it start a pot of coffee when your alarm goes off in the morning. 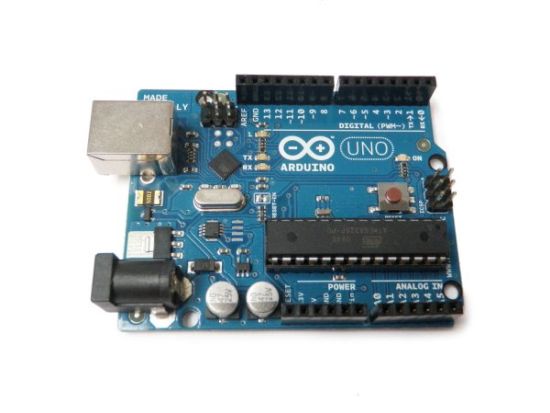 Basically, if there is something that is in any way controlled by electricity, the Arduino can interface with it in some manner. And even if it is not controlled by electricity, you can probably still use things which are (like motors and electromagnets), to interface with it.
The possibilities of the Arduino are almost limitless. As such, there is no way that one single tutorial can cover everything you might ever need to know. That said, I’ve done my best to give a basic overview of the fundamental skills and knowledge that you need to get your Arduino up and running. If nothing more, this should function as a springboard into further experimentation and learning.

The most common version of Arduino is the Arduino Uno. This board is what most people are talking about when they refer to an Arduino. In the next step, there is a more complete rundown of its features.