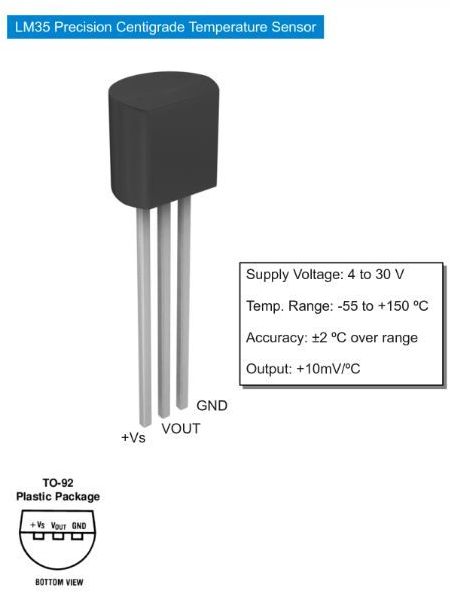 Before starting with the coding part, make sure you have a fair knowledge about using ADC of AVR. Since we will be displaying the temperature on a character LCD, make sure you have gone through the LCD tutorial posted on the website.
The sensitivity of LM35 is 10 millivolts per °C.  Sensitivity, in layman terms, is the ratio of output by the input. So if the temperature of the surrounding is 1°C then it’s output will be 10mv or if the temperature is 31°C, then the output will be 310mv. The AVR can easily detect these small voltages after converting them into ADC and by doing a certain amount of calculation; we can get back the temperature. Again the LM35 series of sensors are available in both analog and digital form. We will be using the analog temperature sensor.