As regular readers may already remember, my second-generation (2013 “FHD”) Nexus 7 tablet has been a repeated topic in past blog posts. And in most-to-all of them, I grumble about the fact that it’s still stuck on Android v4.4.2 (which dates from early December 2013), presumably due to Verizon constraints (it’s a cellular-plus-Wi-Fi model), and even though Verizon’s website claims that v6.0.1 is the latest-available Android release (as of August 2016). Claims aside, though, my ongoing OTA (over-the-air) update checks were for naught.
For a while, the O/S-update negligence was little more than an annoyance … some programs wouldn’t install at all because Android was out of date, while others wouldn’t upgrade to their latest versions … and of course, I wasn’t receiving ongoing security patches and bug fixes from Google. But recently, the situation became more critical. I started getting ongoing popup messages, one every few seconds, indicating that “Unfortunately, the process android. process. a core has stopped” and effectively rendering the system unusable. I also was no longer able to access my contacts database; application launch attempts would abruptly and rapidly terminate.
As it turns out, the issues were related. From my research, I learned that the issue seems to be a bug in this particular Android version related to third-party application (Microsoft Office apps, Facebook, etc.) access to the contacts database. Sometimes, as with Facebook, I could get the problem to go away by deleting (and therefore no longer being able to use) the offending app. Other times, as with Microsoft Word, no amount of uninstalls, cache wipes, etc. would suffice; the only option was to wipe the tablet clean via a factory reset and start all over again (along with, as before, never again being able to install/use the offending app). 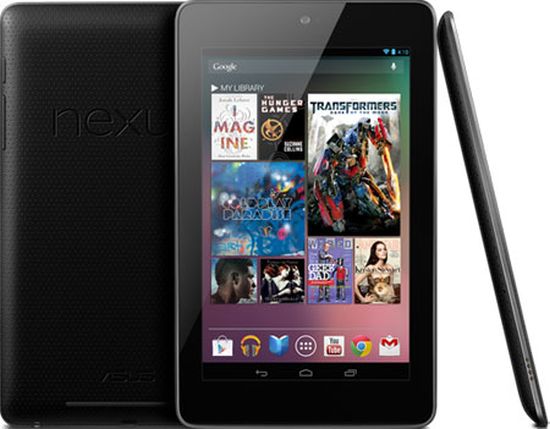 Clearly, this was an untenable situation. And if I had a conventional manufacturer- and/or carrier-locked handset, I’d be out of luck. Fortunately, though, in this particular Nexus-branded case, although Verizon conventionally controls the over-the-air delivery of firmware updates, they ultimately come directly from Google. So I decided to dispense with the Verizon intermediary and “side load” the upgrade myself via a USB cable tether to my Mac.
While it’s possible to “side load” OTA updates via ADB (Android Debug Bridge), thereby preserving the already installed applications and data, doing so is tricky; each upgrade to the next Android iteration often needs to be done sequentially, for example, which is tedious at best (and I was many iterations behind at this point). Plus, I’d already factory-wiped the Nexus 7, anyway. So I instead decided to update straight to the latest v6.0.1 factory image. However, if you look at the list of images for the “razorg” Nexus 7 [2013] (Mobile) platform, which corresponds to my tablet, you’ll see 14 different v6.0.1 builds offered. Which one was I supposed to use? Fortunately, Verizon’s online documentation tipped me off that version “MMB30S” was the one for me. And the instructions at the top of the firmware image page took me from there
Read More: Hacking a tablet to force an Android update