PORTLAND, Ore. — Cheaper and 10 times the power density of lithium-ion batteries — those are the claims MIT researchers are making about their flow battery design.
The Massachusetts Institute of Technology said in a press release that the low-cost, simplified flow battery design aims to satisfy the Department of Energy’s target of less than $100 per kilowatt-hour for mass adoption of grid-scale energy storage for wind farms, solar arrays, and energy-efficient buildings.
The key to the cost reduction is the elimination of the ion-exchange membrane in a flow battery. MIT says its system offers “a power density that is an order of magnitude higher than that of many lithium-ion batteries.”
The battery prototype, designed by MIT professors Cullen Buie and Martin Bezant and doctoral candidate William Braff, handles three times as much power per unit volume as even the most advanced rival designs, MIT said. The prototype uses a laminar flow of two liquids pumped through a channel in parallel without mixing. Instead of having ions permeate a membrane to travel between electrodes, the battery uses electrochemical reactions at the electrodes — located at each end of the channel — to charge and discharge as it stores and supplies energ 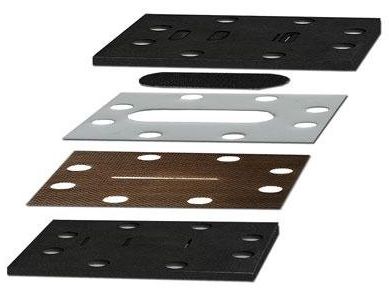 The battery reactants are liquid bromine and hydrogen; the chemical reaction reduces liquid bromine to hydro bromic acid at a solid graphite electrode while hydrogen is oxidized at a porous graphite electrode. The strong chemical reaction between the hydrogen and bromine enables the battery to store more energy per unit volume than other flow batteries, MIT said. Reversible hydrogen-bromine reactions have been used in other flow batteries, but corrosive properties eventually cause conventional ion-exchange membranes to fail. MIT’s membrane less setup is designed to solve that problem.
Large-scale flow batteries could enable solar and wind systems to store energy as its produced and then meter it out as it is needed during times of peak demand. The economies of scale are right, too, since liquid bromine and hydrogen fuel are both widely available and relatively inexpensive in large quantities, “with more than 243,000 tons produced each year in the United States.”