Skip to content
Combining Arduino and other shield modules, we make a mobile phone named Arduino Phone. Meanwhile, we printed a shell for it with the 3D printer. Although it’s not such fine as you think, even a little bit clunky, it’s still very cool. That is the point this is a cell phone made by ourselves.
While, we can’t install Arduino Phone Apps limited by Arduino. So, if you want to play Angry Birds, then you need to do some big modifications on Arduino Phone. 🙂 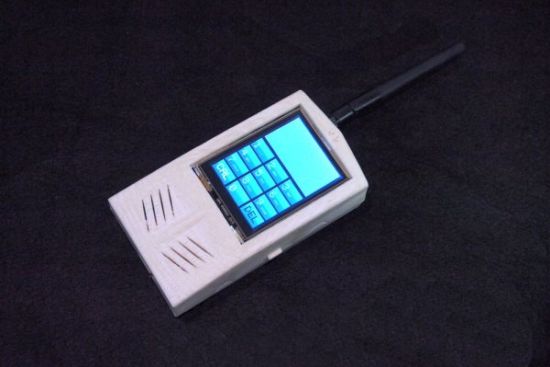 Next, I will make a detailed explanation about the steps of making an Arduino Phone, including the hardware connection and software implementation.
Step 1: Preparing Stuffs
At the very beginning, we’d better prepare the materials. Of course, most of these modules can be purchased directly, such as Arduino Uno, TFT Touch Shield and GPRS Shield.
Owning to we want to put our Arduino Phone into a 3D printed shell, and in order to adapt the size of this shell, we have to DIY a charging and discharging PCB board (including two parts) and an expansion PCB board which can connect to the headphone jack of GPRS Shield.
Read More: ArduinoPhone