Vo Core is a small Linux computer with Wi-Fi that can work as a full functional router. It runs Open Wrt on top of Linux. It contains 32MB SDRAM, 8MB SPI Flash and uses RT5350 (360 MHz MIPS) as its heart. It provides many interfaces such as 10/100M Ethernet, USB, UART, I2C, I2S, PCM, JTAG and over 20 GPIOs but its size is less than one square inch (25mm x 25mm). Vo Core was launched in 2014 in a crowdfunding campaign and eventually it was 1937% funded! The $20 module had a lot of fans but most of them, such as students, were not able to afford it.
Designers of Vo Core came up with a great solution! VoCore2 Lite is the newest product of the Chinese startup for just $4! A Coin-sized Linux computer, smart router and it is fully open source. With such an affordable module, wireless life will become easier and it will push forward the development of new IoT applications. 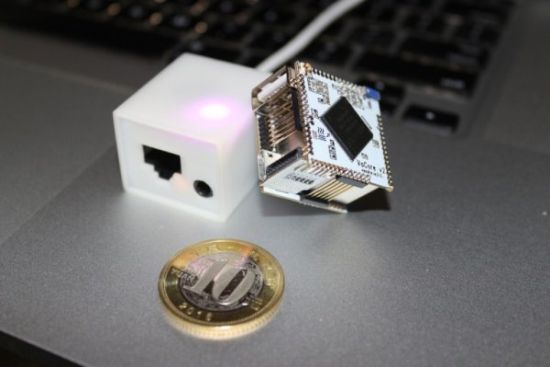 It is now live in a new crowdfunding campaign and again it is exceeding expectations with 400% funds in the first 10 days!
It has 300Mbps WIFI, 5 x ETHERNET, USB 2.0 Host, 3 x UART, 1 x SD, 2 x High Speed SPI, 3 x I2C, and 40+ GPIOs. It can be programmed in C, Java, Python, Ruby, JavaScript and etc. It has various of docks and thousands of software to enhance its functions and the wireless life. 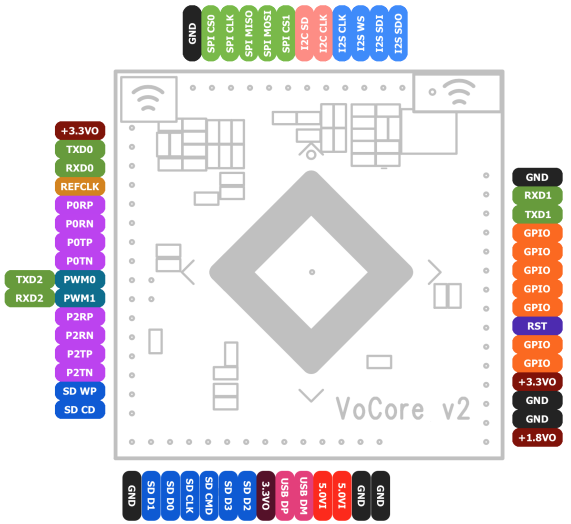