Researcher at Harvard University had been working to build new micro physiological systems (MPS), also known as organs-on-chips, that can mimic the operation of the structure and function of native tissue.
By developing such systems, they are replacing the conventional way of measuring and testing synthetic organs -usually by testing them first on animals.
Although such a solution can help in advancing research and making easy organ-replacement real, but it also somehow costly and considered as laborious. 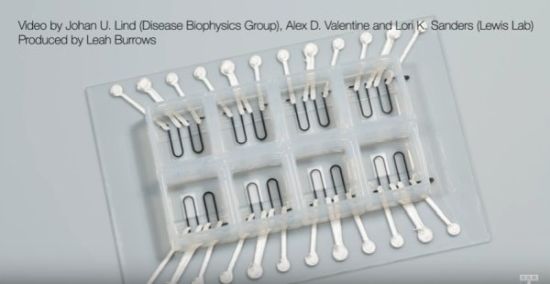 To build up this system you need a clean room and you have to use a complex, multistep lithographic process. To collect data you also need microscopy or high-speed cameras. Considering also the fact that current MPS typically lack integrated sensors, researchers developed six different inks that integrated soft strain sensors within the micro-architecture of the tissue.
They combined all the steps in one automated procedure using 3D printer. The result was a cardiac micro physiological device — a heart on a chip — with integrated sensors. According to the research paper, these 6 inks were designed based on “piezo-resistive, high-conductance, and biocompatible soft materials that enable integration of soft strain gauge sensors within micro-architectures that guide the self-assembly of physio-mimetic laminar cardiac tissues” 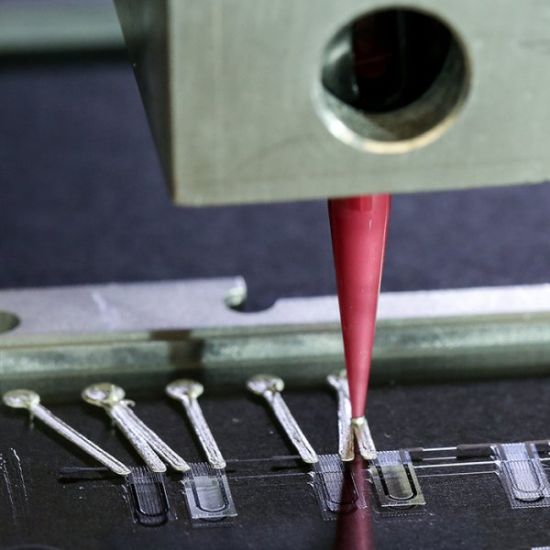 “We are pushing the boundaries of three-dimensional printing by developing and integrating multiple functional materials within printed devices,” said Jennifer Lewis, Hansjorg Wyss Professor of Biologically Inspired Engineering. “This study is a powerful demonstration of how our platform can be used to create fully functional, instrumented chips for drug screening and disease modeling.”
Read More: 3D Printed Organ-On-Chip