In under 1kB, this project uses a tiny, custom-made pixel font to write a message to a display. It receives messages from the UART and writes them to the display.
The font was created using my homemade small font designer (see external links). It includes all letters (uppercase/lowercase), numbers, and most punctuation. The font weights in at 383 bytes.
The application has the ability to unpack this font, and use it to write a message on an LCD display.
It also performs word-wrapping.
Final program size: 930 bytes 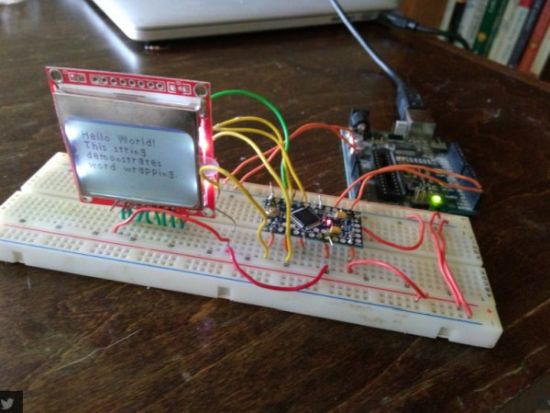 Overview
The project was built using a Atmega328pu, and Nokia 5110 LCd display on a Spark fun dev board.
The board is custom-made (see attached Eagle CAD and images), but the project will function on a Arduino with the same microcontroller. The microcontroller is programmed with a USB Tiny.
The software was written in assembly with Atmel Studio 7- initial versions written in C were far too large.

Character Development and Compression
The font was designed using our own Small Font Designer, producing variable-width characters 8 pixels tall.
Since each character is 8 pixels tall, each will fit evenly into bytes. The characters are packed to indicate their width, and each active pixel. 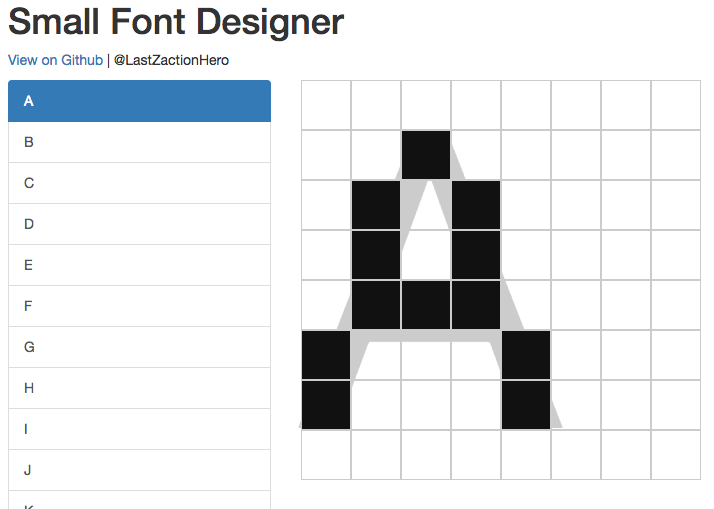